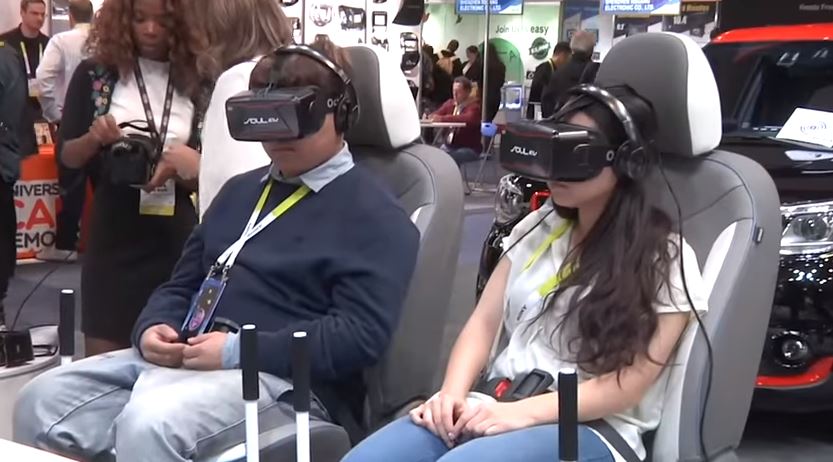 The Consumer Electronics Show (CES) in Las Vegas is visited by almost 200,000 people each year and it makes use of many convention centers in the area. A lot of ideas and products that are showcased here may not reach consumers immediately, but the exhibitors span virtually every known industry – including the window film industry.

Advancements in the Automotive Industry

Most vehicle owners spend upwards of a year or more of their lives behind the wheel, which has resulted in a tremendous amount of effort being put into improving the automotive experience in general – with one of the main advancements of late being windows that are able to tint themselves when necessary. Project managers from BMW and Kia were present at the show, and while Kia has been putting its efforts into working on autonomous vehicles, BMW had focused more on advanced camera systems that can see past cracks in glass.

Although autonomous vehicles require glass with built-in sensors to operate; and Kia’s representative admitted that not much thought has been given to what happens to these sensors in the event of the glass breaking. The representative stated, “We don’t really have a plan for that.” BMW had a range of advanced camera systems on display (in lieu of rear view mirrors) that are able to see past cracks in the glass. However, project director Phillip Hoffman, stated that window film installers would have to cut a circle where the camera sees out of the vehicle so that it would be able to work in low or poor light conditions, as the cameras struggle to work with tinted glass.

Other Vendors on Display

Other items on display at the CES included solar-powered glass roofs and smartphone head-up display units, and smart homes even had their own dedicated section. Technology here included camera security systems, door security devices and window technology. Andersen Windows and Doors were displaying their VeriLock Sensors, which received CES Innovation Award honorable mention. The product brochure stated, “These sensors not only tell you if a window or patio door is open, but also if it’s unlocked. No other sensors do that.” Company representatives stated that locked windows can be up to 3 times more energy efficient than unlocked windows.

A range of smart locks on display could be ideal for anyone renting space via Airbnb in that specific codes can be set to only lock and unlock a door for a predetermined timeframe. Once a guest’s time is up, his or her code would no longer be active, and Unikey, Schlage and Lockitron were some of the leading companies who were displaying these devices. Corning had a fully interactive glass wall on display that can be used as a presentation or even an entertainment system, and the touch screen has the ability to control the temperature of a room or even the volume of ambient music playing.

With the above mentioned vendors and products only making up a small portion of what was on offer at the CES, it goes to show just how informative and worthwhile it is for entrepreneurs and tech-savvy consumers to spend a little time there.

Next
Why the Police Hate Illegal Window Tint