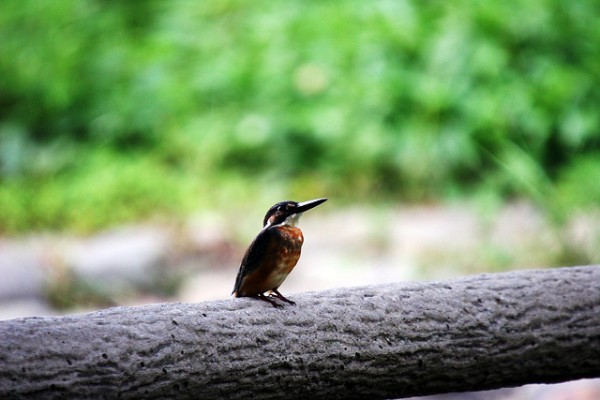 According to the Audubon Society, collisions with glass windows are a major cause of bird deaths and injuries. Experts estimate that over 100 million birds die each year in North America because of collisions with windows. The question is how to stop the birds from flying into the windows, making a huge mess and injuring or even killing themselves all while leaving diseases behind in the office which could affect the health of your employees. Commercial window tinting can help this situation out in a variety of ways.

Commercial window tinting applied to windows that birds fly into can make a huge difference. Window tint helps to make the windows less reflective. Reflective windows attract birds by reflecting the sky back to them and making it seem as though they have a clear flight path. Birds may also be attracted to windows because they can see their own reflection in it which can cause them to attack the window – particularly during breeding or nesting. Applying a non-reflective tint to the window can decrease the likelihood of a bird colliding with the tinted window quite dramatically.

Helps to Shatter Proof the Glass

Even if a bird does collide with a tinted window, the tint itself helps to contain the mess. Glass with tint on it is less likely to shatter. The commercial window tinting tends to hold the broken pieces of the window together and even makes it less likely to break. While this won’t help the bird, it will help the window’s owner to reduce costs and help to prevent the bird or people from being cut by shattered glass shards landing everywhere on the ground near the window. When a window without tinting is hit hard by a large bird colliding with it, it is likely to shatter into a million pieces, sending glass both inside and outside of the window.

Bird enthusiasts have come up with a few different ways of stopping birds from flying into large windows. However, not only are these alternate methods not as effective as commercial window tinting, they are extremely unattractive in many cases. Some of the alternatives to window tint include plastic owls, silhouettes of hawks and even keeping the windows covered to stop birds from thinking that there is a flight path through the middle of a room. It remains to be proven that birds are truly deterred by having a non-moving predator decoy stationed near a window and keeping blinds closed at all times can be great for the birds but not so good for the people inside of the building.

Commercial window tinting can help to prevent birds from flying into windows. This is especially effective for large oversized windows in homes and businesses that seem to attract many bird collisions. Tint allows the people inside to have natural light, a fantastic view, cooler temperatures in the summer and warmer temperatures in the winter. Additionally, it protects people from damaging UV rays and our feathered friends from collisions that may be fatal.