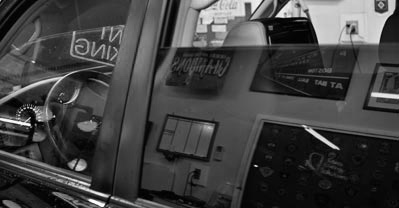 Each state has its own specific laws and guidelines concerning car window tinting. In order for law enforcement to be able to see inside of vehicles, the tint’s darkness is specifically regulated. This practice comes in direct conflict with the needs of individuals who require the tint for health purposes.

Pennsylvania State Senator Matt Smith has introduced a bill that would allow darker tint on cars of people who need it medically. For drivers who have the disorder known as Oculocutaneous Albinism, the legislation would exempt them from the tint standards that are in place. A 15 year-old with the disorder inspired Smith to take action and attempt to make the change. The bill, if passed, would allow those affected to use tint levels up to 15% reflectivity, or suitable sunscreen devices. Those who are eligible will still need to get a medical doctor’s approval to obtain the exemption.

Oculocutaneous Albinism is a group of 4 conditions that affect the skin, eyes and hair pigmentation of those who have it. This rare disorder is often passed on to children by both parents who each carry the mutated gene, but do not show symptoms of the disorder themselves. Long-term exposure to the sun can significantly increase the risk of skin damage in those who have oculoctaneous albinism. This concern makes it that much more crucial for them to protect themselves when outdoors. Having stronger tint in their car windows will help those affected, along with extra clothing and sunglasses.

Beginning in 1996, Pennsylvania adopted specific rules for the tinting of car windows. The rules for passenger cars state that 70% of the light contacting the windshield, front side windows and rear side windows must pass through. Windshields cannot have any nontransparent material, signs or posters that interfere with the driver’s clear view of the road. The same rules apply to side and rear windows, except for registration permits, which are not considered a material obstruction. Any factory tint that was applied without the drivers influence is considered legal.

As the sponsor of Senate Bill 961, Democratic Pennsylvania State Senator Matt Smith has initiated some significant legislation. He began this mission while he was a member of the House of Representatives. An attorney by trade, the 40 year-old Smith has already served in public office for over 5 years. Having received public awards ranging from Pittsburg 40 under 40 to American Institute of Architects Government Award, Smith has achieved numerous accomplishments in his short career. Helping those with conditions like oculocutaneous albinism, though, is the kind of action that may truly improve his standing with the people of Pennsylvania.

Changing this rule for car window tinting in Pennsylvania could help other states take notice and improve any flaws their laws may have. The nature of this bill is one of medical necessity. If this specific legislation is passed, those who need extra protection from the sun while driving will get the assistance they need.