What is Reflective Electrochromic Window Film? 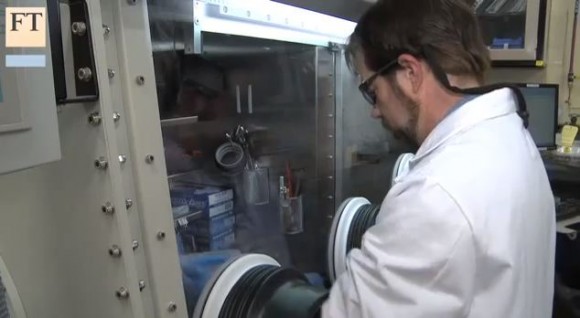 US e-Chromic refer to themselves as a “clean-tech, energy efficient focused company”. Based in Colorado, they have been helping to sell and promote the technology designed by the National Renewable Energy Lab. One of these technological innovations is called reflective electrochromic window film. With this product, US e-Chromic is striving to help make the world much greener.

Founders and Leaders of US e-Chromic

The company was founded in March of 2011 by Loren Burnett. Burnett serves as the company’s Chief Executive Officer as well. His team is led by Judy McFadden, who enjoys the title of Senior Scientist. McFadden not only has experience in environmental testing but commercial, space, and solar projects as well. Together, these two great minds further US e-Chromic as a way of helping the world become more environmentally friendly. With their newest project, reflective electrochromic window film, they are getting closer to succeeding in doing just that.

This innovative product was designed with the purpose of combating what the company calls the “heating problem” with most other window technologies. This is due to darkened surfaces that absorb sunlight and re-emit heat. Reflective electrochromic window film eliminates that problem, as the thin layer of the electrochromic film will reflect sunlight instead of absorbing it and therefore, greatly reduce the level of heat that the window generates.

The product uses US e-Chromic’s patented electrochromic technology to form a layer of reflective metal, after which the ions will return to what is called a layer of storage. This is what prevents the windows from darkening like other smart window technologies do. Not only does reflective electrochromic window film reduce the heating problem significantly, they also reduce costs. At the fraction of the cost of their competition, they can fit their film on to any existing windows.

How It Helps the Environment

Another problem with the absorptive window technologies is the effect it has on the environment. In order to counteract their heating issue, the makers install them in the interior of new IGU’s, which can be a disadvantage for a number of reasons. Not only will it create more landfill but installing new IGU’s and relocating tenants can be much too costly. US e-Chromic helps to solve that problem, as the making of their products creates no incremental landfill waste.

US e-Chromic is raising their profile by becoming a semi-finalist in the organization Future Energy’s first pitch event. It will be held in Washington, D.C. on February 25, 2013. It consists of 8 different companies who will present their energy-efficient projects and ideas to a panel of investors for feedback as well as a question and answer period. The voting for the various projects is open until February 8. US e-Chromic’s page can be viewed at this address:
http://futureenergy.ultralightstartups.com/campaign/detail/793.

By entering the Future Energy project, US e-Chromic is displaying themselves as a veritable force to be reckoned with in the energy industry. With their reflective electrochromatic window film, which goes into distribution February 2013, their visionary skills are certainly in evidence.

Next
Can You Get a Tax Credit for Residential Window Tint?