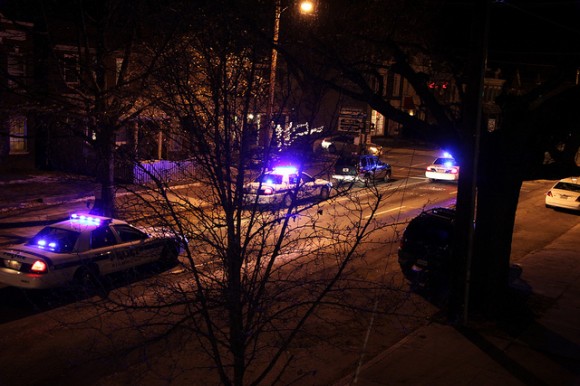 Residents of West Palm Beach Florida may have to be more careful about how dark they tint their windows. Local police are setting up check points for cars with windows which appear too dark, and violators of the tinting laws may be given a warning, be ticketed or may even be fined. Your local sheriff’s office may be contacted for the details of what constitutes legal window tinting. It is important to keep in mind that different states have different tinting laws so you should research your individual state accordingly. Where we are located, in MA the legal tint is 35%.

A Rash of Crime

These laws don’t come from nowhere; the police are trying to protect area residents. A series of burglaries, known as the pillowcase burglaries, has been ongoing since 2011. The suspects in these crimes break into their victim’s houses, and use pillow cases from the scene as bags to hold the house’s valuables. They then escape in a rental car with heavily tinted windows. These windows make it difficult for law enforcement to see who is inside, slowing the investigation. Because of this, the often ignored legal tinting laws are now being observed with checkpoints.

What the Police are doing?

While in the past checking for legal window tinting has been a low priority job for the police, this crime wave has changed that. Now, window tinting checkpoints are springing up in the area. Police will be stopping cars that appear to be in violation of the window tint laws, and checking them to ensure that they are legal. This should make it harder for the pillowcase burglars to escape from crimes. For a first offense, drivers will be given a warning, but repeat offenses coming from drivers who refuse to have their window tint levels adjusted may result in a ticket.

What are Acceptable Levels of Window Tinting?

If your car is stopped, the police will use a window tint meter to ensure that your car has legal window tinting. This meter will measure the amount of reflectivity the window tinting screen has, as well as the amount of light that is getting through. Each window on your car has a different percentage of darkness and reflectivity allowed by law. Front and back side windows may not be any more than 25% reflective. The windshield may only be tinted at the top, the front side windows must let more than 28% of the light in, and the windows in the back end of the car have to allow 15%.

Of course, these robberies are not the only factors in police ensuring that legal window tinting laws are being obeyed. Higher window tint levels, though they may seem fashionable, and even necessary in the blistering Florida sun, obstruct the driver’s sight and may cause traffic accidents. Even outside of the pillowcase burglaries, tinted windows have made it easier for criminals to commit crimes, and harder for witnesses to identify them. Legal window tinting is an important way to keep a community secure.

If you’re unsure if your window tint is legal, many tint shops have the necessary equipment to check the darkness levels and reflectivity of many kinds of window tinting. It’s better to be safe than sorry. Before the police stop you, go into your local window tinting shop and ask them to take a look at your windows.

Next
The Cost of NOT Tinting your Home’s Windows