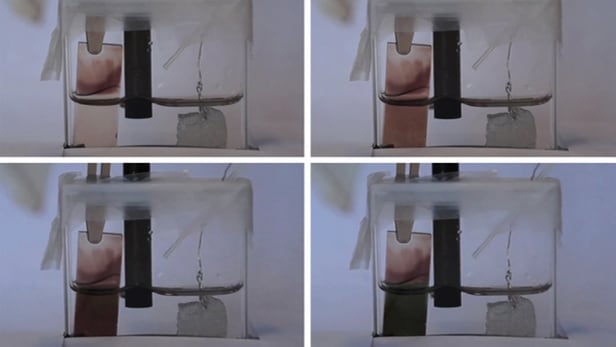 Are you looking to save money on your electric bill, but have run out of ways to do so? If so, you’re not alone. We all spend way too much on electricity. Despite even the most valiant efforts, it’s nearly impossible to get electrical costs to a point of financial comfort. However, there’s still hope. Keep your fingers crossed because the Massachusetts Institute of Technology has just developed an energy efficient window tint that goes dark with the flip of a switch.

The new tint was created because of the limitations of current electrochromic window tinting techniques. Namely, that they took too long to achieve the high levels of darkness needed for them to be deemed energy efficient. With the new tint, high levels of darkness can be readily achieved instantly.  This is important because it will allow windows to let sunlight in on cold days, and keep it out on hot ones. As you can easily imagine, this will effectively reduce the amount of work required by the heating, ventilation, and air conditioning (HVAC) system. In some cases, it might eliminate the need for an HVAC system entirely.

How Does it all Work?

At this point you might be asking yourself the question: how does it all work? It’s actually a relatively simple concept. Electrochromic window tinting relies on opposing negative and positive charges particles to darken the tint of windows. When a charge is sent through the material, it becomes negative. When the material becomes negative, a positive charge enters to balance it out. This positive charge is what causes the window to darken. As previously mentioned, it works, but it’s too slow to actually be useful. Ideally, the type of material needed to produce maximum energy efficiency, and electrical savings, is one that changes from light to dark instantly. The material made at MIT is able to do this because it uses special carrier molecules that enable the opposing charges to balance each other out much more quickly.

In addition to having the carrier molecules, the new material is darker than the old. This is important because it increases the ability to block sunlight. With the old material, the windows would turn a dark green, rather than black. The new material turns jet black because it uses a unique mix of green and red combinations, rather than a single color. This jet black color can have a tremendous effect on energy efficiency.

Something has to be done about rising electrical costs. No one wants to keep giving their hard earned money to energy companies when they don’t have to be. We’re seeing improvements, but they aren’t enough to make a difference- yet. Hopefully, this new material created by MIT is one that will be sustainable. The projected outlook is a strong one. This new window tint that goes dark with the flip of a switch could be something that allows us to save money, and protect the environment.