How One School is Beefing Up Security with Window Tint 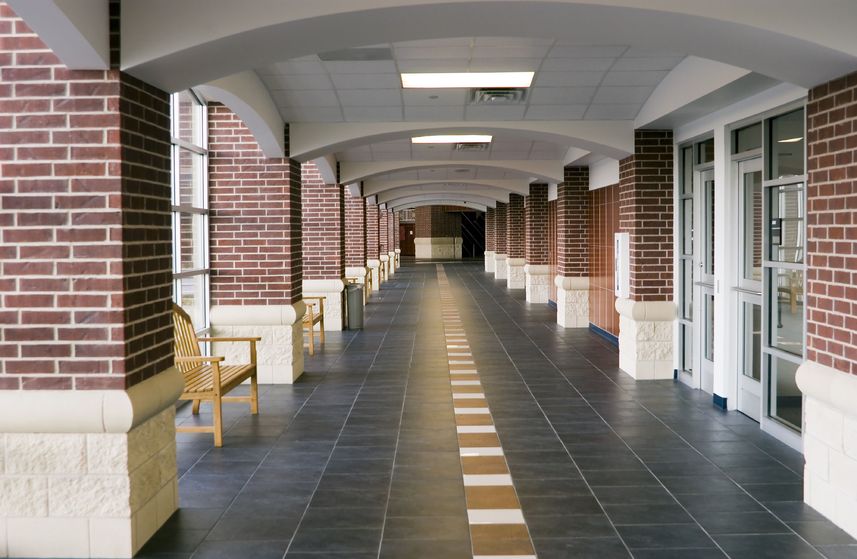 In light of the wave of school violence across the country, schools are looking for new and innovative ways to provide some additional security. The Moore Public School district, which consists of 18 different schools, is trying something a little different – one-way window film.

One-way window film is much like a one-way mirror you would find in a police interrogation room. When applied to a school’s windows, those inside the school can see outdoors clearly, but anyone outside the school cannot see in; instead, they see their own reflection. This film can be applied to windows of any size, including windows found on many schools’ doors. Greg Goodman, the owner of the franchise providing the film, Oklahoma City Alta Mere/SmartView, believes this could provide an extra layer of security for kids and faculty inside the district’s schools.

Many of the schools in the district already employ resource officers, who are essentially law enforcement officers charged with the task of remaining on school campuses during the day to provide protection to students. Following the 2012 shooting at Sandy Hook Elementary, a resource officer who was working at Highland East Junior High School came to Goodwin and asked about additional safety measures. Though Goodwin said the company had never considered utilizing the one-way film in this way, he believed it was a great idea.

Later, the principal at Moore’s Timber Creek Elementary, Kristen Kuepker, helped to get the film installed at two different schools in the district. She believed that the film would be a fantastic deterrent for shooters, and that it would also give those who were sheltering in place in their classrooms more time to get to safety. With the film in place, shooters would not be able to see inside classrooms, which does afford extra protection, but those inside the classroom can see out.

Pledges to Add the Film to More Schools

Two separate schools in the Moore area have already installed the one-way window film, and more are soon to follow. In fact, recently, an anonymous donor pledged $250,000 toward beefing up security if the members of the community would match that amount. Currently, the Moore Public School Foundation is managing a campaign designed to push the community to match the donation. With half a million dollars, the school system could drastically enhance security in many different ways, including one-way window film.

The Future of School Safety?

Though the Moore Public School district is among the first in the country to utilize one-way window film for such a purpose, it is hoped that their initiative – as well as the initiative of the anonymous donor and the community’s funds – will spread to other communities nearby and eventually across the country. The film provides extra time for students to find safety, which can save numerous lives.

Though window tint can be utilized for many different reasons, including aesthetics and energy efficiency, this represents one of the first times mirrored one-way window film has been used to improve safety in schools. In time, it may become standard in school systems across the nation, but only time will tell.

Next
Window Tinting Industry at A Glance in 2018