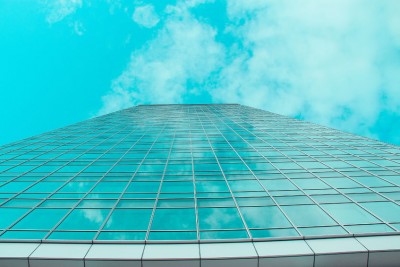 Chemists at the university of British Columbia have developed a better technology for creating self-tinting windows which has the potential to lead towards industry-wide adaptation. This method is both simple and much more cost effective.

What Are Self-Tinting Windows?

Self-tinting windows are also referred to as smart windows. They are windows designed to intuitively switch from clear to tinted based upon the heat from the sun. For example, during the night when there is no sun the windows are clear. During the hottest part of the afternoon the windows would be their darkest.

Some self-tinting windows can also be controlled via an electronic device like a phone or tablet, or through a control panel built into the wall. This allows consumers to choose how dark or light they would prefer the windows to be at any point, regardless of how much heat the sun is generating.

There are several key benefits to smart windows. These include:

Wei Cheng led the research project uncovering these new self-tinting technologies. The project was undertaken as part of his postdoctoral work at the University of British Columbia. What he and his team found was a way to make glass materials which change color based on electric currents.

The method consists of depositing a metal ion-infused liquid solution onto the glass, which is then transformed into a film coating. Although the film itself is transparent, it changes to blue when electricity is passed through it. This essentially creates the active component of smart windows – for much cheaper.

A traditional window costs between $30 to $200 per square meter, which is highly affordable for the average homeowner. The average smart window, on the other hand, costs anywhere from $500 to a thousand per square meter. This significant cost has been one major barrier in smart windows being more widely adapted.

This new method, discovered by Cheng and his researchers, lowers the cost by doing away with the elevated temperatures and sophisticated equipment typically needed to manufacture these devices. Without the initial purchase requirements, the cost savings can then be transferred to the consumer – hopefully allowing for a more widespread adaptation of smart windows in the near future. This applies to both the residential and commercial markets.

Next
Interesting Findings on The Future of The Window Tint Industry